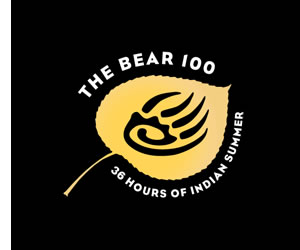 My last ultra run was the Bear 100 in 2014. I had a great 'performance' but a sore knee for months after as well as deep fatigue. Poor health, combined with life stressors, resulted in no ultras in 2015, and no real desire. Was I done with this sport?

Meh. I couldn't seem to muster any interest in any sort of formal training. No intervals, no downhill repeats, nothing fast. Daily weekday jogging around the neighborhoods were often uninspiring and left me with a sore back and hamstrings. My interest and passion was in the mountains and getting out on long adventures, so that is what I pursued. I gave up on training and just went out and did stuff that I liked and that sounded fun. That produced a quartet of amazing summer adventures: climbing Mt. Borah, doing the 40 mile Teton Traverse in July with a group of inspiring girlfriends, climbing the Middle Teton in August with my husband, and completing for the second year the 32 mile journey from Old Faithful to Bechlar trailhead in Yellowstone. These adventures sustained my soul and made me psyched and motivated to get out, but I was uncertain about running fitness. I did a ton of strength training with a superb coach (Hayley Earley, thank you for getting me back on my journey to health and fitness!) but the few times I strapped on a garmin to run were disappointing, so I ditched it. I got giardia in July and had 4 lackluster weeks in August during 'peak training time' due to international travel followed by a cold and stomach issues post-travel. I gave up 11 days out from the race and focused on sleeping 9-10 hours a night, eating a lot and doing little 3 mile runs around the neighborhood which were not confidence-building.

Due to a fire, the course was rerouted two weeks out. Okay. Due to a severe weather forecast, the course was rerouted 24 hours out. Okay. Due to reroute, I was going to be without pacer through the night. In a snowstorm predicting 4-12 inches. Okay. Despite all this, I felt a quiet confidence that I had not previously felt starting a race. I had no time goals, no agenda except to finish without injury, have a good time if at all possible and see if I still liked running 100 miles.

Rain and mud, as predicted, right from the start. Due to course reroute, we ran rolling hills with a short out and back section. Normally, the Bear is a point to point course, so I was not used to seeing where I was in the field. Despite my plan not to 'race', it was a little disappointing to see how far back in the pack I was and I had to do a little mental pep-talking and remind myself of my goals. Fellow racers were courteous, as always (love ultra runners and ultra running culture!!) and would call out 'puddle' to the person behind them when we encountered a particularly giant pool of water. I thought this was hilarious (though kind and lovely) as I knew we were going to be slogging through mud the entire race and these 'puddles' would eventually look like dry spots compared to what was to come. Runners went flying down the long downhill to Leatham Hollow, despite it being muddy, slippery and tight single track with difficult passing conditions. I stepped aside again and again to let people go by me. Felt my quads burn a little and worried about downhills later in the race. Having experienced fried quads once in my first 100 in 2012, I fervently desired to never, ever have that experience again.

One long mud slog uphill in a chain gang of people. Mostly single track, so difficult to pass and sort of pointless. Constant rain. Nice people around, although most people were quiet. Put your head down and slog uphill. Focus on eating every half hour and moving forward.

Ran into Jeremy Smith, fellow ultra runner from Idaho Falls, who was completing his first 100. Seeing him snapped me out of my funk, as I was so thrilled and impressed to see someone taking on their first 100 in unbelievably adverse conditions. Strapped on my dance music and danced my way down to Right Hand Fork. Felt my groove for the first time, 'oh yah, I so like doing this!'. More rain.

More rain which turned to snow, more mud, more dancing. Met Sylvia, inspiring fellow ultra runner mother, who was on her way to completing her 5th (!!!) Bear 100. Hit heinous muddy section where it was difficult to remain upright. Slogged slowly up to Tony Grove, and got another hit of good inspiration watching eventual female winner Kaci Licktieg come dancing down the trails.

Got naked in Tony Grove (full clothing change dictated by the evolving blizzard), despite very kind aid station volunteers trying to cover me up. Picked up my amazing friend and pacer Allie Jones, and slid our way back down, with endless fun girl talk.

Alone! This was the section I feared, being alone, in the dark, from 11 pm to 4 am. I had never run through the night by myself and I was scared. My husband, Allie and I had a conversation before I left Right Hand Fork: was it going to get colder? Strangely, despite the forecast which predicted a massive temperature drop over night, we all decided no, and that I would be ok headed out in light capri pants. So off I went, I immediately strapped on my best dance tunes, and climbed up, up, up. Rain turned to snow. Snow turned to a blinding blizzard. I did not see a single other runner all the way to Cowley (mile 75.73) and I was in that hyper-alert state of awareness, that I really had to hold it together to avoid hypothermia. My hand warmers in my ski gloves and my ability to keep running saved me. I came in to Cowley aid station, and vowed to get out of there as quickly as possible. There were many cold runners huddled around a fire, and I was escorted to a chair but used it only to throw on my down jacket and pick up a fresh set of hand warmers. Despite this rapid turnaround, I was COLD leaving there. It was dumping snow, my feet were soaking wet, and I began jogging uphill immediately as I knew I had to warm up. Other runners were much colder, and you could see how difficult it was for people to keep moving. I pressed my hot pack hand warmers tightly and ran. And ran. Until I ran directly into a cow. The cow was not interested in moving, and so I got ready to try to pass on tight single track, until I realized how ridiculous I was being, that in slippery, whiteout conditions I was going to try to pass a 1,000 lb animal. I talked myself into patience, and the kind cow eventually cleared the trail.

I was unbelievably psyched to have made it to Leatham by myself, in good health and in great spirits. I picked up my second pacer, Kristie, who is a woman of great spirit and adventure. We climbed and climbed, through mud, then slush, then onto a windswept and freezing cold ridge, and then descended steep, rocky downhill for a long time. We ran it all. My legs felt great. Kristie rocked it and showed me her best dance moves. We hit the final rolling hills (endless false summits!!) and I tried not to cry as I thought about my daughter, Hannah, waiting to pace me the final 1/2 mile to the finish. Finally, we crested the last hill and saw the van. Hannah and I ran the final 1/2 mile downhill and rolled in to the finish at just over 27 hrs.

Just over two days later, and I feel the best i have ever felt after a 100. One swollen ankle that is resolving, and legs that are just not that sore. This truly was my best 100 ever and I am grateful for every step. Thank you to my husband, Allie and Kristie, and all the volunteers and RDs who work to put on this event. After 3 Bear 100s, I think I am going to take on a different 100 next year, but have a suspicion that I may have yet at least one more Bear in my future. I love this sport and the people in it. Keep moving!!